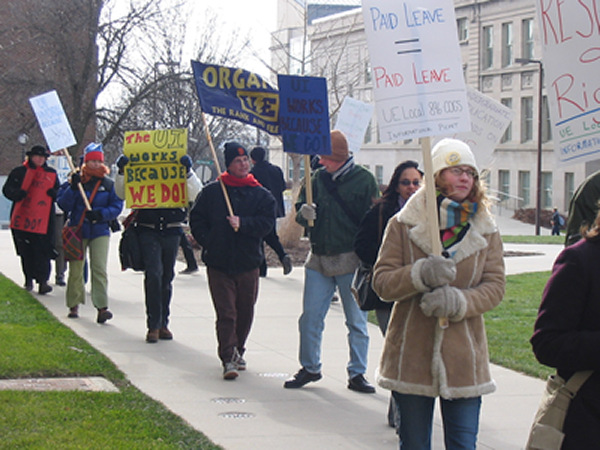 In the case of the Graduate Employees’ Organization, IFT-AFT/AFL-CIO, at the University of Illinois, Urbana-Champaign (GEO2), such a laborite understanding needed to evolve from within. Even as the organization would ultimately educate new members and nascent journalists, they first needed to educate themselves—to organize not the more than five thousand grad employees they hoped to represent, but the one percent of that total who would become the core organizers. That process occurred over a period of two years, starting from the earliest discussions within the English Department during the fall of 1993 and culminating in the agreement to affiliate with the Illinois Federation of Teachers (IFT) in the spring of 1995.