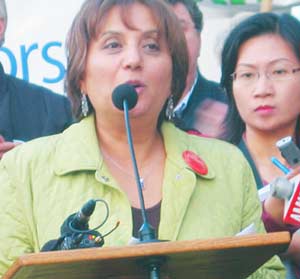 In this article, I examine the impacts of neoliberal restructuring of national education and its infiltration into teacher unions. Throughout the article, the arguments are posited by applying the concept of liminality/liminal space, which is defined, according to cultural anthropologist Victor Turner, as a site of transformation and a space where different networks come into conflict (Turner, 2004). In this way, the pedagogy of liminality as an encompassing frame is discussed within the policy context of global neo-liberal capitalism in order to situate the socio-political and pedagogical revolts of teacher unions in Turkey. The article critically examines the case of Egitim-Sen, a trade union of teachers and academicians and one of the largest workers' institutions of Turkey. First, the notion of liminality is examined. Second, a brief explanation of the historical agenda of the 1980s is presented as a starting point for the Turkish neo-liberal experience. In the methodology, information gathered from informal interviews with union members is presented to capture the shared codes that undergrid the current political and economic agenda of Turkey. These interviews, in the first place, help to address the borders within and around the teacher unions, and in the second place, enlighten the liminal spaces in which union members situate themselves sites of transformation.

Issue
No. 17 (2010): Working In, and Against, the Neo-Liberal State: Global Perspectives on K-12 Teacher Unions
Section
Articles